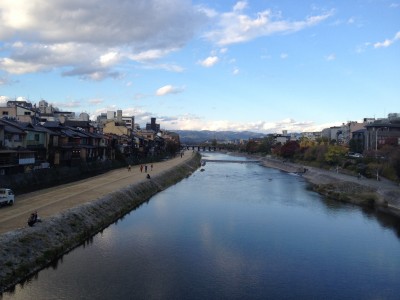 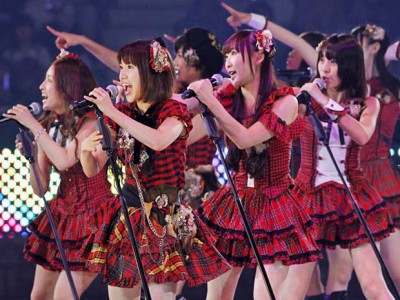 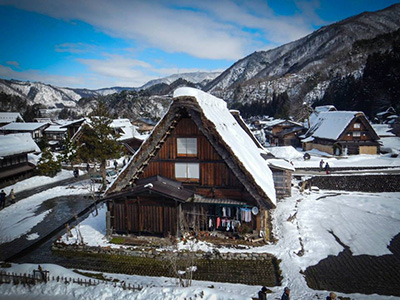 On March 11, 2011, the residents of Fukushima Prefecture felt the earth shake as a massive quake struck off the northeastern coast of Japan. But few could have predicted the explosions that would later follow or that the reactors at the Fukushima No. 1 nuclear power plant would go in to meltdown. The region has been physically changed, tainted by radiation, but also altered in other ways: The government’s investigation and ensuing media attention has ensured the words “Fukushima” and “radiation” are forever linked.

As a resident of Tokyo for ten years, I’ve been a frequent visitor to Japan’s culturally distinct ryokan, dotted around the countryside. The traditional inns, often located close to the natural hot springs that run through the spine of the country, are not only the top choice of foreign guests, but of most Japanese themselves, all seeking a feeling and experience of old tradition and comfort that no modern hotel can replicate. Until Now.

In his home country of the UK, Gary Rhodes OBE is known as the “chef’s chef.” Rhodes Across Tokyo at Shangri-La Hotel” brought the chef back to Japan for the first time in 15 years, for a weeklong presentation of modern British cuisine. ARTINFO Japan caught up with him to discuss how Singapore inspired his marriage, eating snakes in Hong Kong, and the one thing that connects British with Japanese cuisine.

Tim Burton, J.J. Abrams, and Katy Perry are all renowned for creating widely different fantasy worlds in their films and music videos. And as customers of Tokyo’s most talked-about live show, it’s appropriate that what they would have witnessed is a hyper-performance art extravaganza that is best described as a mixture of the otherworldliness of each of them — plus all the quirkiness of a Japanese sensibility. The Robot Restaurant, located in Shinjuku’s red light district, wasn’t meant to be this way. In fact, it was launched with a view to rivaling the AKB48 shows on Tokyo’s east side…

Shikoku’s deep south might not seem like the obvious location for a luxury spa resort, given the easy access of hot springs in Hakone and Karuizawa. But Muroto, on the southern tip of Japan’s most rural island, houses a structure that takes the concept to luxurious new heights. The curvy lines of Utuco Auberge & Spa mimic the waves crashing against the volcanic rocks at its front, but the water in its pools has a far deeper source, some 1,200 feet below. Designed by world-renowned make-up range creator Shu Uemura, Utoco’s rejuvenating powers aren’t limited to its own pools and treatments, either.

For residents of the world’s largest city, escape from the urban sprawl is a regular urge, and one location has for decades developed into, quite literally, the hot destination for day-trippers.
Hakone, a ragged terrain of valleys and peaks around Lake Ashi, is Japan’s prime hot-spring haven, renowned for its natural beauty protected by the Fuji-Hakone-Izu National Park, and the newly UNESCO World Heritage Cultural Site of Mt.Fuji.

It takes about 45 minutes of fairly easy climbing to reach the top of Mount Nosoko. At 282 metres, it’s not Ishigaki’s tallest peak – that honour goes to 526-metre Mount Omoto – but the view of the island makes it one of the “must do” experiences on any visit to Japan’s Yaeyama Islands, which lie about 400 kilometres south-west of the island of Okinawa and are only some 200 kilometres from Taiwan.

A NEON MAN RUNS ALONG A neon blue track on the iconic Glico candy billboard above Dotonbori Street, one of Osaka’s more garish tourist destinations. But just below this busy thoroughfare, reflections of chochin lanterns ripple in the canal as a parade of boats drift lazily by. These contrasting images say a lot about Japan’s third city. Unlike other destinations, Osaka doesn’t come with a neat, prepackaged tagline for the tourist guides.

For the Tokyo City Report, Robert Michael Poole presents a guide for Culture Buffs, Food Lovers, and Trend Setters, including where to sleep, nosh, buy, and what to experience.

The 11th century book “The Tale of Genji,” written by Japanese noblewoman Murasaki Shibiku about the life of the Japanese Emperor’s son, is often cited as the world’s oldest novel. Set in the northern hills surrounding Kyoto, the area of Arashiyama retains much of the scenery of the period in which the novel was set, with its traditional Togetsukyo (moon crossing) Bridge, rickshaws, and stores selling local wares such as tofu, sake, and beautiful lacquerware. It’s just one of the top five must-sees in the old Japanese capital.

Tokyo’s taxis have come a long way since the first six Model T Fords rolled out of the Tokyo Taxicab Company 101 years ago, with a plethora of taxi companies now operating and mass fleets of Toyota Crowns slowly being replaced by the electric Nissan Leaf. More than a million passengers are driven daily, by some 67,000 registered drivers, most of whom are older than 60 and male. Politeness and cleanliness are the order of the day and tips or negotiations are practically taboo.

Prince Genji maneuvered his way through all classes of life in 11th century Heian period Kyoto. Demoted to a commoner, the amorous and politically astute son of a concubine eventually retired an honorary emperor during the last period of classical Japanese history. To this day, Arashiyama retains the scenery of a millennium ago, the 1000 year old Togetsukyo Bridge still traversed daily by man powered rickshaws and illuminated by glimmering lanterns.

The world’s biggest metropolis is surprisingly one of the easiest cities to navigate by bicycle, and the choice transport of millions of salarymen and students. Just a ring of the bell will part pedestrians on any pavement – ideal for this inner-city street-food tour adapted from Cycle Tokyo, a website aiming to help people to see the city at its best on two wheels.

Standing in the centre of the city is never usually this peaceful and I find myself peering down into a tiny patch of still water, protected by a hefty, 800-year-old, tiered, black-lead roof. This is Kinjo Reitaku, a well which sits in a small secluded corner of one of Japan’s most revered gardens.

When bustling Tokyo becomes bitterly cold and grey in winter, it’s time to head for the hills for some warm water refreshment.

THE NISSAN LEAF IS QUIET. It’s so quiet, in fact, that it has to play a little tune to let you know it’s awake. I step inside a light-blue SL model outside its place of birth, Nissan’s Yokohama HQ, and push a button that illuminates the deep-blue LED dashboard, which alerts me that I have 84 miles’ worth of charge and cues a musical snippet reminiscent of “The Jetsons.” And after that, silence: the sound of the automotive future.

In May, Tokyo became home to the world’s tallest freestanding broadcasting tower, the minaret like Skytree, atop which people gather to look out over this vast, teeming metropolis. It’s a collective hobby here, gazing out from on high, because of the peace, perhaps, the sense that one is removed from the crush of daily life.

Robert Michael Poole shines the light on 20 must-try Tokyo activities to keep you busy after dark.

The Palace Hotel Tokyo first opened its doors by the Imperial Palace’s moat in 1961, when buildings were forbidden to rise above 30 meters. Reopened in May after a $1.2 billion overhaul, the property has a new, 23-story design that towers over the home of the country’s figurehead, though it avoids overlooking it thanks to an ingeniously curved facade.

After studying French cuisine at Osaka’s Tsuji Culinary Institute, Mr. Kawagoe worked in Kobe before heading to Tokyo in 2000 to focus on Italian cuisine, opening Tiara K Ristorante, then moving to his current restaurant in 2006. “Now people think I’m an Italian chef, but I don’t consider myself so. I’d rather create a new genre,” said the boyish-looking native of Miyazaki, a city on Japan’s southern island of Kyushu.

Nina Uchida returned to her birthplace of Japan after growing up in Seattle, and now recruits students around the globe for Temple University’s downtown Tokyo campus. The 31-year-old spoke to the Journal about sunrise jogs in Switzerland and heavy-metal hotels in Singapore.

Tokyo-based American Ray Horacek is constantly on the go, traveling up to 30 times a year for his role as head of footwear creative and design for Puma Japan. He has been designing footwear for nine years, and today leads both Japan-based and global projects for Puma, while maintaining a career as a fine artist.

Here, the 31-year-old, who has also done stints in Europe, shares his thoughts on airline dining, bribery by chocolate and the virtues of colorful luggage.

Want a taste of two-century-old cooking? That’s what Nadaman, originally established in Osaka in 1830, serves up at its restaurant at the Shangri-La Hotel, Tokyo. Takahiko Yoshida stays true to the multi-course kaiseki tradition, offering a seasonal menu that draws its ingredients from across Japan.

“Here in Tokyo, we purchase the products in the height of their season, which other Nadamans may not be able to do,” says Mr. Yoshida. “As our food is very seasonal, this assists us in respecting food that can be eaten at the perfect time.”

Squeezed between the two central Tokyo hubs of Shinjuku and Harajuku, Yoyogi is rarely a destination for tourists — more of a two-minute halt that breaks up the journey to somewhere else. But this month, ecological troubadour Takeshi Kobayashi, producer of multi-million-selling rock-band Mr. Children, opens the gates to Yoyogi Village, a multi-purpose melange of environmentally friendly stores, organic restaurants, coffee shops and event spaces he hopes will regenerate the overlooked district.