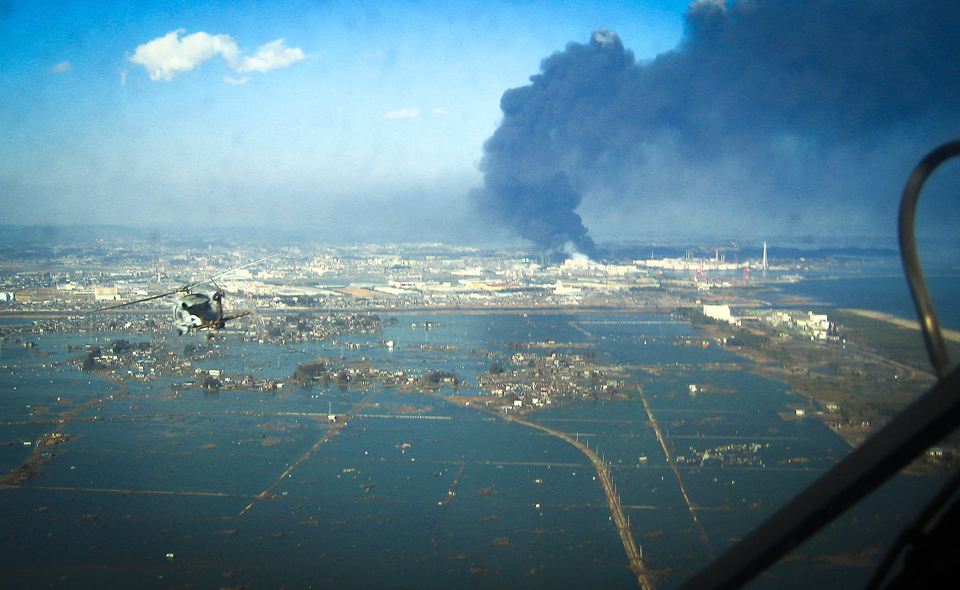 The 2011 earthquake off the Pacific coast of Tōhoku occurred at 14:46 JST on Friday 11 March. It was the most powerful earthquake ever to hit Japan, triggering a devastating tsunami. The Japanese National Police Agency confirmed 15,885 deaths and 2,623 people missing. - Photo courtesy U.S. Navy.

The Great East Japan Earthquake struck while I was at work at CNN, at 2.46pm. Tokyo being a city regularly suffering from earthquakes, it began like most, slowly shaking and not immediately causing concern. But unlike regular quakes, this one continued for some time, and grew in the size of vibrations as it continued. After around 15-20 seconds it became apparent it could be the big one Tokyo was expecting.

Like most people, I ran out in to the street, but standing on the road was just as alarming, feeling like standing on a surfboard as the ground rolled beneath my feet. The sound of image of buildings being shaken as far as the eye could see was unforgettable.

After the shaking subsided, social media played the most important role in determining the extent of the damage. It quickly emerged the quake had its epicenter many kilometers of the coast, raising concerns that other areas must have been shaken far stronger. And within an hour the resultant tsunami had begun inundating the east coast, wiping out entire towns.

I was called upon to report live for various international media, as well as CNN, staying awake during the night to give local updates as the largest city in the world, Tokyo, ground to a halt, and fears were raised over panic buying of food and water.